As someone who is engaged with environmental issues, it seems obvious to me that we need to make relevant ideas and concepts from environmental affairs accessible and understandable to the concerned public. In that sense, I try to bridge between academia and motivated citizens and organizations.

I am available to speak or give workshops on the following topics:

Examples of my invited professional talks:

Examples of outreach presentations I have been invited to give: 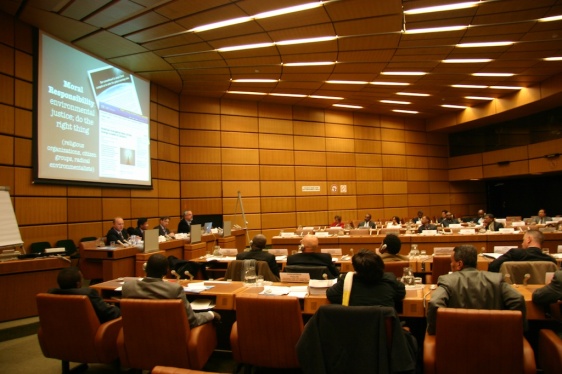 Speaking at a joint UNODC / World Bank meeting at the UN in Vienna, 2008 (Mark is on the far end).